Good morning prospect watchers. Here's today's thread to discuss spring training games and/or prospect news from MLB camps in Florida and Arizona. Here are some related items that may be of interest for you as you count down the hours until the weekend.


***Does reaching back for "extra" velocity increase the risk of pitcher injuries? Jon Roegele at Beyond the Boxscore examines the issue.

***Charlie Wilmoth at Bucs Dugout says that Gerrit Cole will (and should) begin the season in Triple-A, not the Pirates rotation.

***Aaron Hicks of the Minnesota Twins hit three homers yesterday, then wussed out with a mere two-RBI single in his last at-bat. If he remains hot, will the Twins resist the pressure to have him in the major league lineup come Opening Day?

***Milwaukee Brewers sleeper prospect Khris Davis hit his third home run in as many days yesterday and is now 8-for-23 (.348) on the spring. Scouts have never been wild about his tools, but he's got a strong minor league hitting track record (career line .294/.400/.515 in 1424 plate appearances) and he's a Brewer, meaning that the average casual baseball fan hasn't heard of him. You know what that means: fantasy sleeper. He's 25 and needs to force his way into a job soon, but he doesn't have much left to prove in the minors.

***Seattle Mariners prospect Stefen Romero drove in seven runs yesterday against the Royals. He's another guy with an excellent hitting record (.318/.368/.534 in 994 PA). He's very big for a second baseman at 6-2, 225, and although his actual defensive performance at second hasn't been bad statistically, most scouts see him moving to another position. The Mariners have a lot of middle infield options. 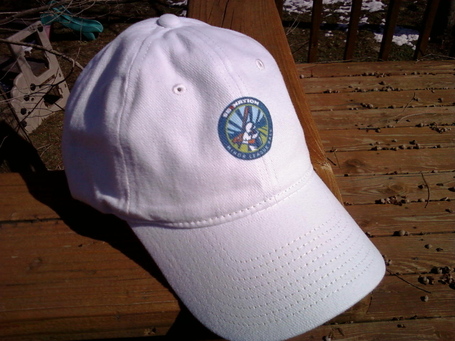 ***Yes, that's a Minor League Ball hat, a prototype. I've never done much with souvenir branding or marketing because I wasn't sure if there was enough interest in things like t-shirts, mugs, or hats. Is there any?