A sleeper prospect to watch in 2013: Corban Joseph of the New York Yankees. "Corban Joseph" sounds like a character from a Louis L'Amour novel, but he is actually a fairly interesting second baseman who has been added to the 40-man roster.


I don't know how/when/if the Yankees will find a spot for this guy, but Corban Joseph has some useful skills. He has a nice swing, controls the strike zone quite well, and has grown into his power, setting a career-high in slugging percentage last year in his first look at Triple-A pitching. His power/patience combination has made him a strong offensive contributor the last two seasons despite blah batting averages, posting 139 and 134 wRC+ marks, respectively. His SEC was quite good last year at .367. Joseph is a decent, if somewhat error-prone, second baseman, but unfortunately he lacks the range to be an ideal utility player. I don't see how he fits in New York without something untoward happening to Robinson Cano, but some team with a hole at second base might think about taking a look at Joseph. Grade C+ 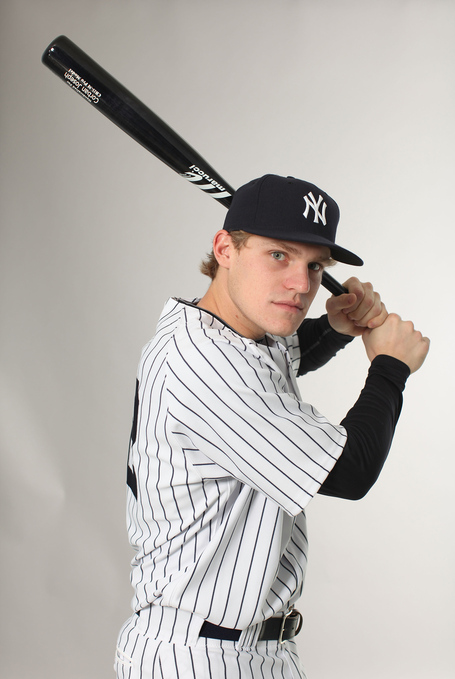