The Chicago White Sox have traded closer Addison Reed to the Arizona Diamondbacks for third base prospect Matt Davidson.

Although Reed is still young at 25, the non-established prospect here is Davidson and here's a report: 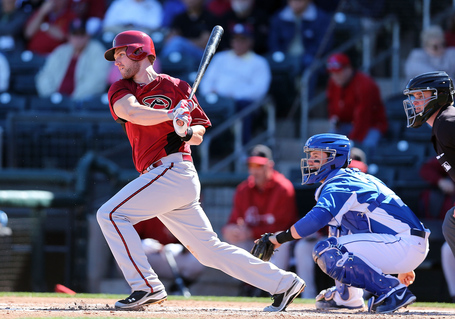 Davidson is a 6-2, 225 pound right-handed hitter and thrower, born March 26, 1991. As his track record shows, he's a solid source of power and knocks 20 homers a year. He strikes out a lot and his batting averages are less impressive; the .280 at Reno isn't robust by PCL standards and his career minor league average stands at .268. In the majors he'll likely hit .240-.250, though perhaps more could be possible at his peak. On the positive side, he's improved his strike zone judgment with experience and even with a mediocre batting average, he should post a decent OBP.

His glove isn't outstanding but it isn't terrible and has improved quite a bit over the last three seasons. He has a strong arm and decent enough range; he can hold the position if he hits enough.

ANALYSIS: I expect Davidson can be a .250/.330/.450 hitter and his new home park will play to his strengths. He turns 23 in March, doesn't have anything left to prove in the minors, and should have a long and productive career.

Although the "proven closer" concept is dangerous, I also like Addison Reed and I think he's capable of being much better than he's been so far, and given that he's been pretty good, that is saying something. It could work for both teams, although if Davidson maxes out his ability, he could have more long term value.