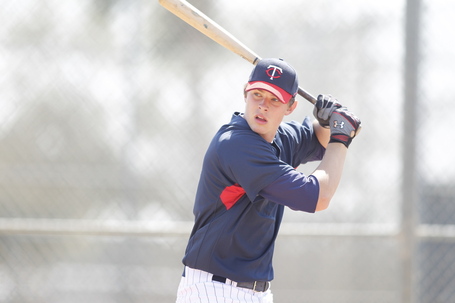 I'm high on Max Kepler. Plucked out of Germany in 2009 for $800,000, Kepler has lost some speed since signing and will likely be limited to left field (if not first base), but his bat really came around last year. He refined his hitting mechanics, controlled the zone reasonably well, made better contact, tapped into his natural power, and led the Appalachian League in slugging percentage. Yes, he was repeating the league, but he was still age-appropriate for the competition, and his European background buys him some extra slack on the development curve. If everything works out, Kepler could turn into a Justin Morneau-type hitter. Let's see how Kepler adapts to full-season ball, but I think his progress was real. Grade B. (Rough Draft of Kepler comment in 2013 Baseball Prospect Book)