Share All sharing options for: Draft Analysis: A Graphical Interpretation

Below is a graphical analysis of what chance a player has of making it to the majors. The first is all positions combined. After that is a breakdown of each position to see the regression. One thing that really jumps out is how poorly teams have drafted in the supplemental rounds, especially the 2nd supplemental round. For the positional breakdowns, I eliminated Junior college players, as they are very erratic due to the now defunct draft and follow process.

Graphs after the jump.

Overall likelihood of all draft picks to make it to the majors: 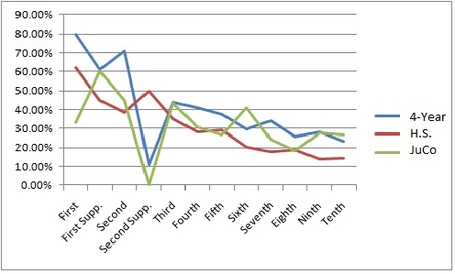 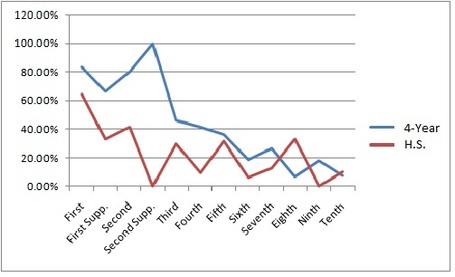 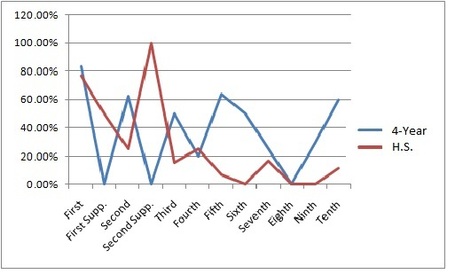 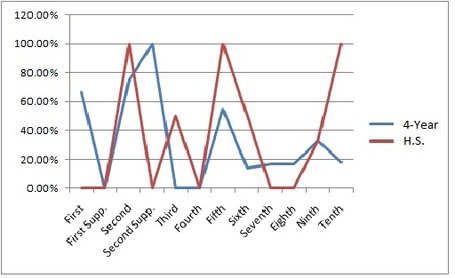 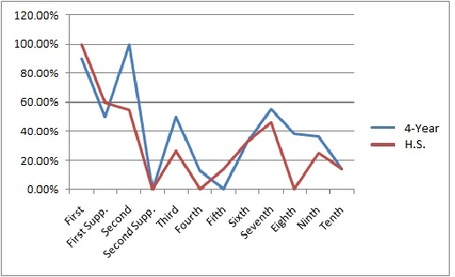 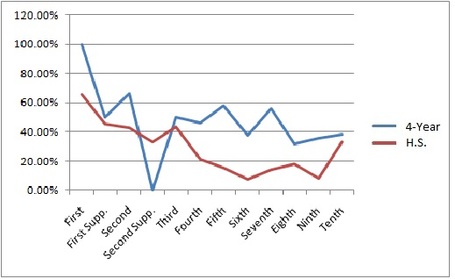 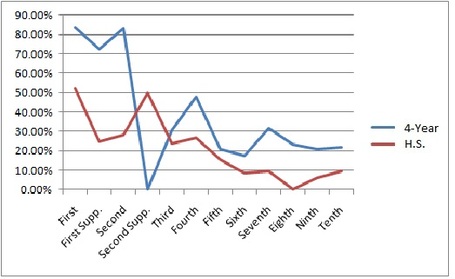 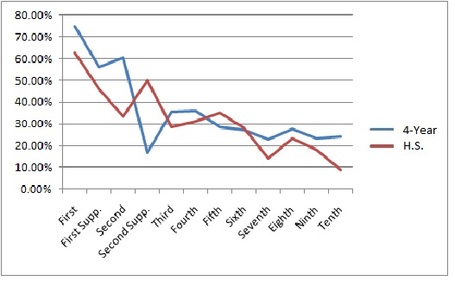 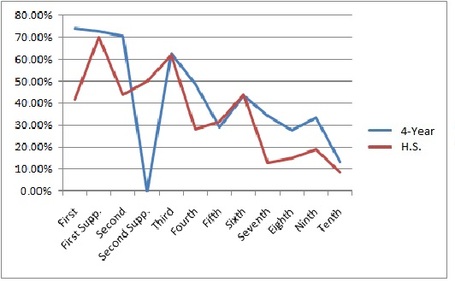