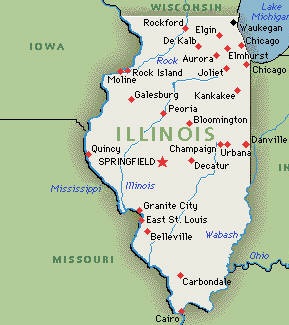 **After a rough start, Michael Bowden at Triple-A Pawtucket seems to have righted the ship. He went 6.2 strong innings on Monday against Scranton, allowing six hits, one walk, and two runs, fanning seven. On the season he has a 4.23 ERA with a 51/26 K/BB in 72 innings, but has been much more effective in recent outings, allowing just two runs in his last 15.1 innings of work, with an 11/1 K/BB. There were rumors early in the year that he was being bothered by a sore elbow, but he seems OK now. I've liked Bowden since he was a high school pitcher in Illinois (supplemental first round, 2005), and while it seems like he's been around forever, he's only 23. One concern I have is a very extreme fly ball ratio, 0.29 GO/AO this year, a ratio that has been moving upward every season as he moves through the system. It could leave him vulnerable to excessive home runs. It is hard to see where he fits into Boston's plans, but I'd love to see what he could do in a place like San Diego or Dodgers Stadium.

**Brewers prospect Jake Odorizzi is quietly having a good year in the Midwest League: 3.68 ERA, but with a 69/23 K/BB in 59 innings, 48 hits allowed, and just one homer given up for Wisconsin. The K/IP is quite impressive. Like Bowden, he is an Illinois high school product, drafted with a supplemental first round pick in 2008. The Brewers kept his workload limited to just 47 innings in the Pioneer League last year, but he's adapting well to full-season ball this spring. Reports from Midwest League sources indicate 89-93 MPH velocity (he threw harder in high school), with improved curveballs and sliders being responsible for the increase in strikeouts this year. The former high school shortstop is also very athletic, which should (in theory anyway) make it easier for him to stay healthy and refine his command.

**A third interesting Illinois prep product is Tanner Bushue, drafted by the Astros in the second round last year. Houston has been more aggressive with him than the Brewers were with Odorizzi, sending Tanner to full season ball in the Sally League this spring. Results so far: 3-3, 3.63, 60/22 K/BB in 62 innings, 61 hits, nine homers, 0.52 GO/AO. The K/IP and K/BB ratios are nice; the fly balls and homers a bit worrisome. He spent 10 days on the disabled list with a foot injury in early June, but is back on the active roster again. His velocity is currently around 90 MPH, but given his projectable 6-4, 180 build, that could/should improve. His curveball is workable and he'll mix in a few changeups. Overall he is doing well, but I would be surprised if the Astros push him as quickly as they pushed Jordan Lyles.