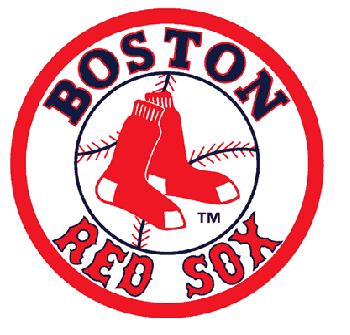 Thursday morning I spoke with Mike Hazen, farm director for the Boston Red Sox, who kindly agreed to take some time out of his busy schedule for the interview.

JOHN SICKELS: Hi Mike, I know you are really busy, so I want to start with a general philosophy question then ask about some specific players.

About 15 years ago, it was commonly said that the worst nightmare of the smaller-revenue clubs was for a larger-revenue club to devote massive resources to improving the farm system, rather than just spending money on free agents as was more traditional in the 70's and 80s. Over the last few years, it seems the Red Sox are very much taking this approach, investing loads of money in the draft and the farm system. This way you have plenty of fodder for necessary trades for established talent, but can also promote from within when needed. Was this a deliberate strategy in the sense of sitting down and saying "this is what we are going to do," taking advantage of financial leverage by going over slot in the draft, for example, or was it something that just kind of happened?

MIKE HAZEN: It's definitely deliberate. I wasn't here in the beginning, but this is definitely something we are doing consciously. When Theo (Epstein, Boston GM) took over the team, back in his initial press conference on Day One, Theo said that building a player development machine was his main vision, for the reasons you said. It would be inefficient and inappropriate for us NOT to do this, and this is the vision we strive for on a daily basis. Every team faces the same challenges in player development, but it would be inapporpriate for us NOT to use every resource we have, financial but more than that too.

The first task of everyone in the farm system, from front office to the coaches and managers and scouts, is to draft, sign, and develop impact talent. We focus a lot on domestic sources in the draft, but we also put a lot into the international market, Latin America, Asia too. It isn't just signing players either, we also invest resources in the player once they sign. Our goal is to have a winning ball club every year, to compete for the World Series every year, to win it every year. You can't control everything, but we have to do everything we can to impact the club from within in order to reach that goal. It is inefficient not to.

JOHN: Okay, well a good example of that is Ryan Westmoreland, rated as the top prospect in the system by Baseball America and also number one on the my own Red Sox prospect list. He seems to me, as an outside observer, like a great example of what you're trying to do in the system, both in the way you acquired him and in terms of what kind of player he is. He was an over-slot guy, you spent $2 million to buy him out of Vanderbilt, over-slot for the fifth round. He's also a local Northeast guy from Rhode Island. He's a great athlete with tools, but he also has well-developed skills for his age.

MIKE: Ryan is exactly the kind of player we are trying to sign and develop. Our scouts got a good read on his signability and we were able to put the resources needed into getting him. He's a marvelous athlete, but he is also very refined for his age. He's a phenomenal talent, has plus speed, good raw power, and a very advanced approach.

JOHN: Where does he start in 2010? How aggressive will you be in promoting him?

MIKE: I can't answer that yet. We will use spring training to figure that out. I can say that Ryan is in tremendous physical condition right now, the broken clavicle is healing just fine and he don't expect any delays from that. But we have to see how he looks in spring training before deciding on an assignment for him. He has a very advanced approach to managing his at-bats and that could give him a leg up, but it is too early to know. We have to figure out at what level he'll be challenged. Ryan only has a half-year under his belt, and we have to see how he will respond to the challenge.

JOHN: But how do you determine what level a player will be challenged at? Isn't it a fine line? Some teams seem to push guys too quickly, but others seem to maybe not push fast enough. How do you find the balance? Is this something you have an organizational approach on?

MIKE: Yes, it is a balance. Every team has a different idea on how to do this, some are more aggressive, some less, but for us we try to look at it player-by-player. A lot of things get taken into consideration. We try to figure out what is the comfort zone of the player. Lots of people help with this decision, we take input from the coaches and managers, and all the people in the front office. We talk to the player to help assess his comfort zone. It is a collective decision. We don't want to overwhelm a guy, but we have to challenge the player too. If someone is going 3-for-4 every day he may not be learning a lot. A lot of times, they learn from adversity, and if they don't face that in the minors and learn how to cope, they will certainly face it in the majors. Sometimes, players can learn more about themselves when they struggle. It can be hard to watch a guy struggle and fail, but when they rebound that's great to see. Ryan Kalish had a rough time for two months in Double-A, but he took that and learned from it and rebounded, and we hope that will help him when he reaches the majors.

JOHN: Okay, Kalish was one of the guys I wanted to ask you about, so let's switch over to specific players. Like Westmoreland, Kalish is a guy who has both tools and skills.

MIKE: Yes, and that's something that Ryan really became more aware of last year, improving his approach and focusing on his skills. When he first got to Double-A he struggled with that. It isn't fun when a guy struggles, it isn't fun for us to watch it and it isn't fun for the player, but by focusing on improving his skills he got himself out of the hole and back on track. The next time he struggles, either in the minors or majors, he can take that experience and know that he has the ability to overcome problems, adjust and improve, right the ship.

JOHN: How do you help a guy who is struggling?

MIKE: Well we do everything we can to help them focus on a specific problem, like if there is trouble with the swing, but what we really look for in terms of development is how the player is feeling. What is he thinking about? How is he handling the emotions that come with struggling? That can be the big separator in the majors, the guys who can do that, keep themselves focused when they are having problems.

JOHN: One player who really had some problems last year was Lars Anderson. I was really high on him after what he did in Double-A in '08, but '09 was a lot different.

MIKE: Lars had streaks where he was very good and streaks where he wasn't. We are still very optimistic about him. He's very talented, the skills and tools are still there, he controls the strike zone, his swing fundamentals are fine, he has plus raw power, he works hard at improving. We hope that his experience last year will actually help him, that in the long run he will look back on 2009 as a positive experience, as difficult as that can be to say today. Playing professional ball is very challenging, and people need to be patient. Very few players have linear development paths. There are very few Papelbons who just come right out and do well right away. Most guys have ups and downs.

JOHN: We're short of time, but I have two more guys I want to ask you about. First, Casey Kelly. He looks great as a pitcher but he's not going to hit. Is he committed to pitching?

MIKE: He's going to pitch, and he's looking forward to it. We had him evaluated a little better as a pitcher than as a hitter out of the draft, but we wanted to be fair, and he wanted to hit, so we decided to see what would happen. He handled it very well professionally, very maturely. He asked for objective feedback about which position he was better at, and we gave it to him. Casey wants to be a major league player. We think he has a chance to be an impact pitcher.

JOHN: Jose Iglesias, the Cuban shortstop, another example of using your financial leverage. His glove looks outstanding, but there are concerns about the bat.

MIKE: It is just too early to judge his offensive potential, but there are things we like a lot. He has a short, simple, compact swing that doesn't need adjustment. He needs to improve his approach and we are asking him to know the strike zone better, but he's very young, has terrific hand-eye coordination, and has a chance to do this. The glove is excellent.

JOHN: What about the cultural adjustment? I think that's something that people pay lip-service to, but underestimate how hard it actually is. It's rough enough on the Dominicans and Venezuelans, but the culture in Cuba is even more different nowadays and the transition can be hard.

MIKE: Yes, that's true, it can be an overlooked factor. It can be very challenging to get comfortable. Everything is so different, the language can be a challenge, they don't know how things work, the food is different, everything is different. And at the same time they are doing that, they are asked to go out on the field and perform well too. It is not an easy thing, but we're really happy with how well Jose has done with that. He's very intelligent, and is picking up English quickly. He knows that assimilating to the US can be as important as what he does on the field. He's a very impressive kid.

JOHN: Mike, I could have asked you a hundred other questions and taken three hours of your time, but I know you have to go. Thanks for the interview.