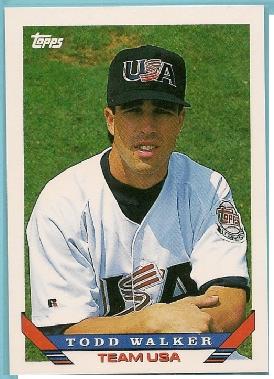 **I'm here in Burlington, Iowa.  Being a complete idiot I forgot  to bring my radar gun, as well as the camera cord so I can hook it up to the computer, charge the camera, and get  some  video. The radar thing isn't a big deal, as I can get the readings from scouts nearby, but not having the camera operational really bugs me. I will have a full report on what I see at the end of the week.

**One player I'm paying close attention to is Eric Hosmer, hitting a disappointing .249/.352/.367 this year for Burlington. Watching him play yesterday, I was very impressed with his selectivity....indeed, he drew three walks....he has a really good eye at the plate and doesn't swing at bad stuff. He is also a very sharp-looking defensive first baseman. As a runner, he is slow, but heady and alert, fundamentally sound and rather aggressive. Of course, none of that will matter if he doesn't hit, and my initial impression of his bat (other than his strike zone judgment) was negative. His bat speed look poor to me. I discussed this with a veteran scout, who told me that Hosmer has developed some mechanical issues with his swing that are short-circuiting his power production and reducing his bat speed. The scout believed that his problems are fixable, and praised the other portions of his game.  For sake of Hosmer and the Royals, I hope that's true. It was just one game, but teammate Jason Taylor and Wisconsin prospect Brett Lawrie both showed much quicker bats yesterday. We'll see how things go the next two days.

**As you probably know, the Rangers have promoted Justin Smoak to Triple-A Oklahoma, where he's gone 1-for-5 with two walks in his first two games. He'd hit .328/.449/.481 in 50 games  for Double-A Frisco. Now it looks like I'll have to head back to Oklahoma City in early August to take a good look at him. Was it a mistake for the Royals to prefer Hosmer over Smoak in the 2008 draft?

**Scott Barnes at Class A San Jose has a 1.09 ERA with a 34/6 K/BB ratio in his last four starts covering 24.2 innings, including 18 strikeouts with just two walks in his last 12 frames of work. He is now 8-3, 3.16 with a 75/25 K/BB in 74 innings, 61 hits allowed, on the season, impressive numbers for the Cal League. Barnes was an 8th round pick in 2008 out of St. John's, though he was considered a second round or third round talent until he had an erratic junior year.  He has an 88-92 MPH fastball, a good breaking ball, and an excellent changeup. Although overshadowed by other pitchers in the Giants system, Barnes is worthy of your attention and could be in Double-A soon.

**2007 White Sox second rounder Nevin Griffith blew out his elbow and had Tommy John surgery about year ago, but is now back in action. He made two starts in June for Bristol in the Appy League, and while the numbers weren't great (nine innings, 10 hits, seven runs, 7/7 K/BB), he threw well enough that the White Sox promoted him to the Sally League to begin July. He started for Kannapolis on July 3rd, throwing five innings and allowing two runs on five hits. Griffith is still a raw arm, but at his best he has a 90-95 MPH sinking fastball and shows a promising, if erratic, curveball. He has dropped his slider to reduce strain on the elbow, focusing on the curve and changeup as his secondary pitches.

**Remember how good Todd Walker was in college?