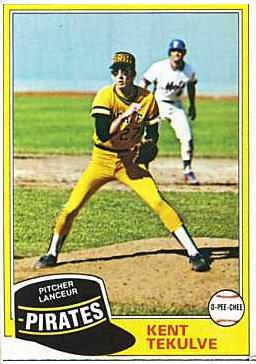 **I'm going to start using the Hit-And-Runs to update player grades when appropriate.

**He missed much of June with injury, and Jason Heyward hasn't hit quite as well since returning to action at Myrtle Beach, hitting .283 with a .391 SLG since coming off the DL. His season line is still very strong at .292/.367/.519 with 10 homers, but his power production has dropped noticeably since he came back. The 11-game sample size is miniscule, but we need to monitor his power output over the coming weeks to see if it's a random blip or a trend. His plate discipline has remained very strong, so I'm not worried about his approach or his long-term outlook as a prospect. Book grade was A-, will stick with that.

**On the other hand, I am starting to get concerned about Pedro Alvarez. Since moving up to Double-A Altoona, he's 3-for-25 (.120) with one walk and ten strikeouts. All three of his hits have been for extra bases (a double and two homers), but his plate discipline has been terrible. Is he just pressing, or is it finally time to conclude that there is something seriously wrong with him? He hit .247/.342/.486 at Lynchburg, with an impressive 14 homers and 37 walks in 243 at-bats, but he also struck out 70 times in 66 games. Power and patience were his two positives in the Carolina League. If he loses the patience against advanced pitching. . .well, that's obviously not what the Pirates are looking for. It is still way too early to panic here. . .the samples involved are too small. But he obviously needs to make adjustments, and the fact is indisputable that Alvarez has not lived up to his full potential since hurting his wrist at Vanderbilt last spring. And that's just the bat; Carolina League observers I've spoken with are pretty convinced that he'll have to move to first base, increasing the pressure on his bat. Book grade was A-, and I'm reducing that to B+. Further reductions are possible if he doesn't get the bat going by the end of the year.

**Tim Beckham is hitting .283/.342/.417 for Bowling Green, not exceptional performance but not bad. He needs to improve his plate discipline, as his 21/63 BB/K in 284 at-bats isn't particularly good. However, overall he's made progress since his mediocre hitting performance last year in the Appalachian League. Defense is another issue; his range and arm strength are reportedly very impressive, but he's made 27 errors in 60 games and has to improve on his .907 fielding percentage going forward. Given his age, the range and arm strength are more important than the reliability, which should improve in time. All told, Beckham is holding his own, but I expect the Rays will be conservative about promoting him, which makes perfect sense to me. Sticking with the book Grade B+ for now.

**I am planning a trip to Burlington, Iowa, next week, to take a good look at Eric Hosmer, the young Royals pitching, and Brett Lawrie of Wisconsin. Another Midwest League trip should follow the week after that, then I'll swing south again to the Texas League and/or PCL. I intend to be on the road a lot in August. As always, travel commitments are dependent on outside factors, so I have to keep plans loose, but the Burlington thing looks firm.