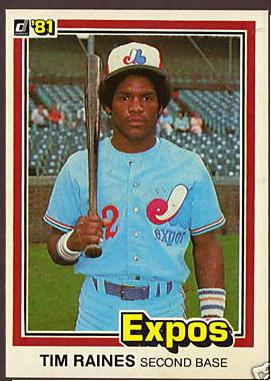 Some thoughts on Draft Eve.

**For the Shadow Twins, I'm looking at the following guys I expect could/should be available at 22: Matt Hobgood, Drew Storen, Jared Mitchell, Andy Oliver, and James Paxton. Ideally I want a college starter with plus stuff. Both Oliver and Paxton would fit the bill, but they both come with some uncertainty given their sketchy performances this spring, though I love Paxton's K/BB ratio. Storen is another guy I like a lot. . .but I'd prefer a starter to a reliever. Frankly, at this point I like Hobgood better than the others, but he's a high schooler and that would be four years in a row with a prep pick at the top of my draft. And he might not be there at 22 anyway. Mitchell is the position player I find most interesting, and I need a center fielder in my system more than the Real Twins do. Still trying to work this out, and it will be interesting to see what the Real Twins do. Perhaps I'll like whoever they really pick and stick with that.

**After watching lots of video and reading lots of scouting reports over the last few days, high school pitchers that I like a lot (not counting the certain first rounders) include Zach Van Rosenberg (Louisiana), Keyvius Sampson (Florida), and Jake Barrett (Arizona). Barrett strikes me as a guy who could be a real bargain. I also like lefty David Holmberg out of Florida, but rumors indicate he is unlikely to be signable.

**For all the talk that this is a weak draft, after immersing myself in it for a couple of weeks, I think there is more here than people realize. Strasburg is head-and-shoulders above everyone, and Ackley is clearly the best hitter. While it is true that this draft lacks super-elite guys once you get past them, there are just a lot of very, very solid prospects here, particularly among the pitchers. Take a look at the various mock drafts and note how someone always slips into the supplemental round that you think should go in the first.

**Players Who Should Go Early That Scare Me, and Not In A Good Way: Brett Jackson (too many strikeouts), Kyle Heckathorn (ugly arm action), Jiovanni Mier (I question the bat), Tanner Scheppers (I'm paranoid about bad shoulders) and Donavan Tate (tools galore, but awfully expensive for a guy without a guaranteed bat).

**Best Bets To Sneak Into The First Round Unexpectedly: Jeff Malm; Rich Poythress; Slade Heathcott; Tommy Joseph; Mychal Givens. Signability will be key, and I think these guys could slot into the second half of the first round for the right teams, displacing guys with higher price tags.

**Best Bets To Fall Out Of The First Round: Donavan Tate; Kyle Gibson; Matthew Purke. All for obvious reasons, Tate and Purke for cost, Gibson for health.