Share All sharing options for: Top 20 Minnesota Twins Prospects for 2010 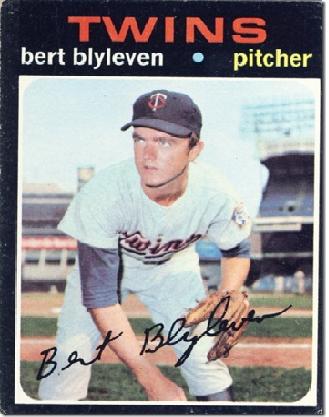 All grades are EXTREMELY PRELIMINARY and subject to change. Don't get too worried about exact rankings at this point, especially once you get beyond the Top 10. Grade C+/C guys are pretty interchangeable depending on what you want to emphasize.

Feel free to critique the list, but use logic and reason rather than polemics to do so. The list and grades are based on a blending of present performance and long-term potential. Full reports on all these players can be found in the 2010 Baseball Prospect Book. We are now taking pre-orders for the book. Order early and order often!

1) Aaron Hicks, OF, Grade B+: Excellent tools, numbers are better than they look on the surface. I think he'll break out in 2010.
2) Ben Revere, OF, Grade B: Kenny Lofton ceiling, Juan Pierre midpoint, Joey Gathright basement.
3) Kyle Gibson, RHP, Grade B-: Would be a Grade B+ at least if not for the injury concern.
4) Wilson Ramos, C, Grade B-: Power and defense are positives, main question is weak walk rate.
5) Adrian Salcedo, RHP, Grade B-: Best of the pitchability right-handers in a system full of them.
6) Billy Bullock, RHP, Grade B-: Borderline C+; great stuff but will he throw strikes?
7) Angel Morales, OF, Grade C+: Could make a case for B-. Very good tools, numbers are better than they look on the surface, needs to improve discipline.
8) Danny Valencia, 3B, Grade C+: Needs to improve strike zone judgment and glovework to get a job in 2010.
9) Chris Parmalee, OF-1B, Grade C+: Lotsa power, draws walks, other skills are unimpressive.
10) Miguel Sano, SS, Grade C+: I really have no idea how to rank him at this point. Might turn into Miguel Cabrera, could fizzle in A-ball, no way to know yet.
11) Carlos Gutierrez, RHP, Grade C+: Ground ball machine. Could rank as high as seventh.
12) Joe Benson, OF, Grade C+: Excellent tools and is showing signs of skill development. Could also rank as high as seventh.
13) David Bromberg, RHP, Grade C+: Classic Twins pitching prospect, relies on pitchability rather than pure stuff.
14) B.J. Hermsen, RHP, Grade C+: Great rookie ball performance, projectable, need data from higher levels.
15) Ben Tootle, RHP, Grade C+: High-ceiling arm, needs to improve command.
16) Anthony Slama, RHP, Grade C+: Deceptive delivery with high strikeout rates, tough on right-handed hitters, could slot into middle relief role in 2010.
17) Matt Bashore, LHP, Grade C+: Could rank higher if he stays healthy.
18) Tom Stuifbergen, RHP, Grade C+: Could be a Grade C. Another pitchability guy. Gets lots of grounders.
19) Jeff Manship, RHP, Grade C: Possible fifth starter or long relief type.
20) Tyler Robertson, LHP, Grade C: Stock has dropped a lot, but looks like a potential LOOGY to me.

There were about 10 other guys I considered but cut due to space reasons. I can't write about everyone. The Twins system is thin at the top, but they have a huge number of Grade C prospects with potential upside. Grades for several guys could be much higher once we have 2010 data. The signings of Sano and Kepler-Rozycki show an increased emphasis on high-ceiling players from the international market, though due to their youth and lack of pro data I'm going with conservative grades right now. I like the organization's interest in European players like MKR, Lobanov, and the Dutch pitchers.

Pitchability is obviously very important in this organization, and recent hitting draftees such as Parmalee, Hicks and Revere show awareness of strike zone judgment as well.