The Theory and Practice of Baseball Prospect Analysis

Share All sharing options for: The Theory and Practice of Baseball Prospect Analysis 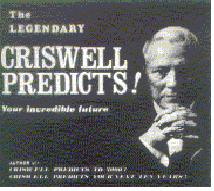 The Theory and Practice of Baseball Prospect Analysis

I’ve been analyzing baseball players for 31 years now. I first started doing this when I was ten years old, watching lots of minor league games with my dad in adopted more objective metrics as I discovered Bill James’ work in the early 1980s. It was a hobby at first obviously, but with increasing seriousness. In college I probably spent more time studying baseball prospects than I did studying history. This was certainly true once I got to grad school and found baseball more enticing than the social development of 19th century Belgian weavers. Eventually, through a series of improbable circumstances, baseball prospect analysis became my career, and I’ve been doing it full-time for twelve years now. Here are some general thoughts.

**Human beings are a natural system, and in one sense predicting what players will do is like predicting the weather. There are certain things you can quantify, and with enough data you can get a pretty good idea of how a player will turn out. I call this concept Spaghetti Baseball, as explained in the linked post from four years ago. But even with the most sophisticated metrics, there is still X-factors that can’t be quantified. These are things like simple good or bad luck, injuries, and what traditional baseball people call “intangibles.”  To continue the meteorological parallel, a good weatherman doesn’t just accept what the computer models tell him. He looks at all the model outputs, then comes up with his own forecast, often based on a blending of the models, but also using his own judgment and, yes, intuition. Good prospect analysis works the same way, and for that reason it is important to listen to a variety of sources. Baseball , Keith Law, Kevin Goldstein, myself…we all have slightly different takes on the same data. **You have to check your ego at the door. No matter how hard you try, you will always be wrong about some players, and you will get plenty of emails telling you that. You can study and improve your methods, and indeed I find it very important to go back and review past grades and look for patterns of both success and failure. You have to be willing to accept criticism as well as praise, and to put both in their proper context. **Be willing to take risks. Be willing to admit when you’re wrong. When you are right, don’t rub it in people’s faces, but don’t downplay it either….let the facts speak for themselves. **Be aware of Groupthink. It is easy to go along with the crowd, too easy sometimes. If your instincts are telling you that a particular player is over-rated, or under-rated, by others, listen to your instincts and see if there is something empirical to back it up. Sometimes “instincts” are just brain farts, but sometimes they are a form of sub or semi-conscious pattern recognition. And even if you can’t find something empirical to back up your instinct, don’t necessarily disregard the instinct. . . **Know your enemy and know yourself and you can fight a hundred battles without disaster”—Sun Tzu. Be aware of your own strengths and weaknesses….strive to increase your strengths, and remedy your weaknesses. My greatest weakness as an analyst is keeping a player’s grade too high if I like him initially but if he starts to slip, Eric Hurley being a good example. I think my greatest strength is spotting sleepers early in their career before they are on many other radars. **Good prospecting is both a science and an art, both empirical/rational and creative/intuitive. This is especially true if you are writer and analyst, not a journalist. I think there are two main differences between my book and Baseball ’s book. Mine is more numbers-oriented, though it certainly doesn’t ignore scouting. Theirs is more scouting and team-provided-information oriented, but with some numbers, too. The BA book is an amalgam of different contributors, but mine is from a single voice and specific point of view. Theirs is more journalistic in terms of writing, more of a reporter approach, but mine is more conversational and, I think, creative. Certainly my format gives more opportunity for creative use of analogy, humorous asides and references, and comparative and historical analysis. I think this reflects the fact that I was trained as an historian, not a journalist. I love BA’s book, but there is room for both of us on your bookshelf, since our approaches differ. **Finally, when you do this as long as I have, you become increasingly aware of what you don’t know. There is no shame in that.