Some Thoughts about Catching Prospects

Share All sharing options for: Some Thoughts about Catching Prospects 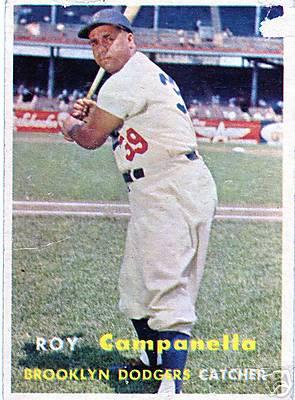 What conclusions can we draw after looking at the recent history of catching prospects? Some random thoughts. . .

*A catcher drafted early for his defensive skills but with a questionable bat may not be a very good risk. Recent failures/disappointments with that profile include Mark Johnson, Ben Davis, Ryan Christianson, Scott Heard, Dane Sardinha, and Rene Rivera. When your team drafts a defense-oriented catcher early with the idea that they will teach them to hit, be suspicious.

*Interestingly,the two best young catchers in the majors today, Joe Mauer and Brian McCann, were high school picks. So were Geovany Soto and Ryan Doumit. Martin was a junior college guy. Of the ten best catchers in baseball in 2008 (according to Win Shares), only Kurt Suzuzki and Chris Iannetta were four-year college guys.

*Grade A or A- catching prospects usually turn out well. The only Grade A who failed was Javier Valentin, but that was an early grade back when I was just getting started as an analyst. Grade A- definite failures were Raul Casanova (from Eddie Epstein) and Ben Petrick, whose career was ruined by impossible-to-predict Parkinson's Disease. It is too early to tell about Daric Barton and Jeff Mathis.

*Grade B+ prospects have a higher failure rate as you would expect. Injuries and/or Young Catcher Stagnation Syndrome ruined Cline, Hinch, King, Pena,and Meluskey. Jeremy Brown topped out in Triple-A, which was predicted by scouts. It is too early to tell about some of the others.

*Young Catcher Stagnation Syndrome is more of a description than an explanation. The theory is that young catchers often fail to develop as you would expect offensively, due to the physical stress of playing the position. Some guys just stop hitting for no apparent reason.