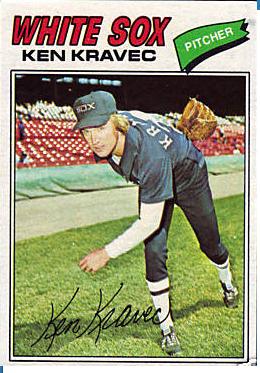 1) Gordon Beckham, SS, Grade B+: Very advanced prospect with across-the-board skills. Could get to A- next year.

2) Aaron Poreda, LHP, Grade B+: Power lefty was a bit more polished than anticipated. Does he start or relieve?

6) Jordan Danks, OF, Grade C+: Excellent tools, played well in pro debut, and I still think he can show some power eventually.

7) Chris Getz, 2B, Grade C+: Nice contact hitter, should be useful but not a star.

8) John Shelby, OF, Grade C+: Good tools, has speed and power, but strike zone judgment may hold him back.

16) Cole Armstrong, Grade C: White Sox seem to like him but I have big doubts about his bat.

17) Justin Cassel, RHP, Grade C: Another guy who could be a nice solid utility pitcher.

18) Jack Egbert, RHP, Grade C: Another guy who could be a nice solid utility pitcher.

19) John Ely, RHP, Grade C: Another guy who could be a nice solid utility pitcher.

20) Jon Gilmore, 3B, Grade C: Young 3B acquired in Vasquez deal. Changing grade from C+ to C due to rawness but I still think he could develop.

As usual, don’t sweat so much about where the Grade C+/C types rank exactly on this list. After I get past the top 10 I don’t worry so much about exact placement, since I’m trying to concentrate on the book right now.

The White Sox have two potential impact players in Beckham and Poreda, followed by two guys with big power but question marks in Flowers and Allen, then the super toolsy but hard to predict Danks. After that things tail off fast. Getz is okay. , , and Viciendo are all guys with high ceilings but lots of questions at this point. Then you have a big batch of Grade C+/C type pitchers, guys who can fill a role and be fifth starters/bullpen assets, but who don’t look to me like huge impact talents. I don’t buy into Cole Armstrong as a future regular. Eduardo Escobar, ranked 10th on the Baseball America list, doesn’t look like anything special to me and there are a lot of guys I would rather have ahead of him.

Reports on these guys and over 1,000 others can be found in the2009 Baseball Prospect Book. Pre-order for January 31st shipping now!