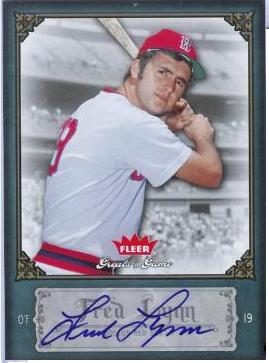 1) Lars Anderson, 1B, Grade A-: Will hit for power and average, I’m confident home runs will increase.

4) Josh Reddick, OF, Grade B: At this point I’m not that worried about Double-A struggles. Not a walk machine but it seems to work for him.
5) Ryan Westmoreland, OF, Grade B: No numbers yet, this is based on scouting reports indicating power, speed, and good plate discipline.

6) Michael Almanzar, 3B, Grade B-: Needs work with strike zone judgment, but huge upside. Miguel Cabrera type? If he gets the zone under control. . .

7) Ryan Kalish, OF, Grade B-: Strong leadoff skills, and young enough for the power to come.

8) Nick Hagadone, LHP, Grade B-: Can’t rank higher than B- until we see how he comes back from Tommy John. Excellent stuff when healthy.

9) Yamaico Navarro, SS, Grade B-: Tools and youth, with good offensive upside for a middle infielder.

10) Oscar Tejeda, SS, Grade B-: Tools and youth. I will cut him some slack due to health problems this year.

11) Casey Kelly, SS-RHP, Grade B-: A really difficult grade. Tremendous tools, skills suck at this point, is he a hitter or pitcher?

12) Bryan Price, RHP, Grade B-: High upside arm, though he might advance more slowly if used as a starter than as a reliever.

13) Kyle Weiland, RHP, Grade B-: Much more effective as a pro than in college.

15) Stephen Fife, RHP, Grade C+: I like this guy a lot and he is a breakthrough candidate in ’09, good stuff, good command, pitched well at Utah and then again in the NY-P.

16) Argenis Diaz, SS, Grade C+: Great glove, not sure about the bat due to lack of power.

18) Luis Exposito, C, Grade C+: Interesting catcher with power, doesn’t get as much attention as he deserves.

19) Zach Daeges, OF, Grade C+: Excellent on-base skills with enough pop to keep the pitchers honest, could rank lower depending on what you want to emphasize.

Other Grade C+: Derrick Gibson, Pete Hissey, Ryan Lavarnway. Any of them could slot into the 14-20 range, and in fact some of the Grade Cs below are borderline C+ types whose grades may change.

If there is someone else that you really think should be included, make your case. I always miss someone. Space is limited and some of the players above will probably get cut if I have to add someone else. In fact, I should probably cut one or two guys from the list above.

SYSTEM IN BRIEF: The Red Sox have thinned out a bit at the top, but the system is recharging very quickly and is still quite deep overall. Anderson and Bowden are personal favorites. They have a mixture of tools guys and guys with polish, which I like to see, and they have a nice balance of pitchers and position players. They draft guys from high school, they draft guys from college, they spend money in . This is how a big-money team SHOULD run a farm system, and it will ensure the team is competitive for years to come.

One thing I find ironic: whenever I write about the Red Sox, I get two kinds of emails from fans. One group accuses me of pro-Red Sox bias. Another group accuses me of anti-Red Sox bias. I try to be aware of my biases and predilections, and generally speaking they don’t run in favor of teams on either the East or West Coast. If I have a bias it is in favor of Midwestern teams, and I try to correct for that. I admire the way the Red Sox have developed their farm system in recent years, but I have no bone to pick here.

Next up: the Cincinnati Reds, followed by the Toronto Blue Jays.